The widow of famed Australian artist Brett Whiteley will donate her collection of his art, worth more than $100 million, to the Art Gallery of NSW, making it one of the biggest private donations of art in the state’s history.

Wendy Whiteley also plans to help fund the running of the Brett Whiteley Studio public gallery and museum with the sale of the stunning house the couple shared.

Her bequest will send almost 2,000 works by the internationally celebrated painter and sculptor go to the gallery. 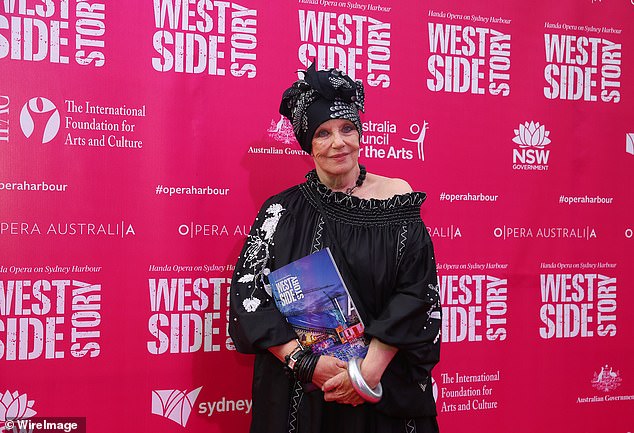 The widow of famed artist Brett Whiteley, Wendy, who is seen here on the opening night of a Sydney production of West Side Story in 2019, has made two extremely generous gestures 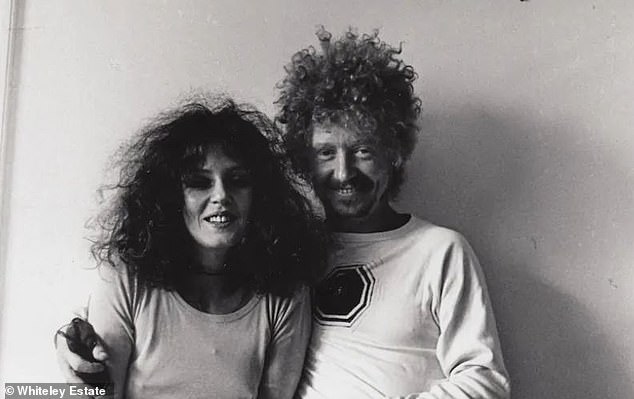 Wendy here seen with Brett in the early 1970s will donate her collection of his paintings, valued at over $100million, to the Art Gallery of NSW

NSW Art Gallery director Michael Brand said it was one of the largest donations of art the gallery ever received and showed why Ms Whiteley was so ‘admired and revered’.

Ms Whiteley, 81, also announced the heritage-listed house and studio in Lavender Bay, on Sydney’s north shore, she shared with her husband would be sold privately upon her death, despite speculation it would become a museum.

‘It would be lovely to think of a creative family but it would be enough if they loved it, and lived in it.’ 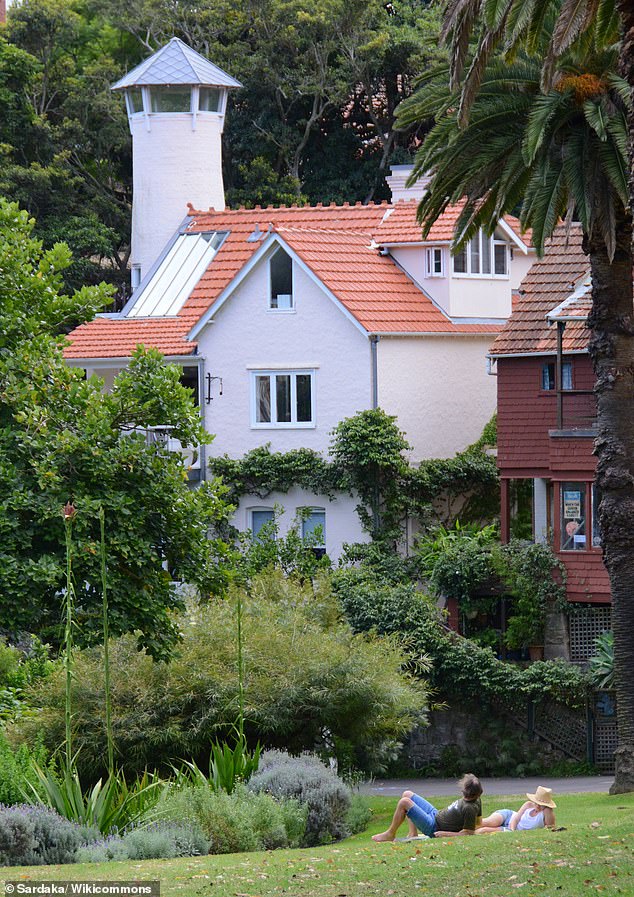 After living there for many years and sharing the house with other artists, the Whiteleys bought the Federation-style mansion in 1974.

Views of Lavendar Bay seen from the house, which Wendy and Brett moved into in 1969, feature often in Brett Whiteley’s expressionist landscapes.

‘Henri’s Armchair’, one of the works Mr Whiteley painted around this time as part of his ‘Lavender Bay series, broke the Australian auction record when it sold for $6.136 million in 2020.

The house sale proceeds will be used to maintain the Brett Whiteley Studio in the inner Sydney suburb of Surry Hills as part of bequest named after Ms Whitely and the couple’s daughter Arkie, who died of cancer at the age of 37 in 2001.

Ms Whiteley said the bequest, which she named after herself and Arkie, would be used to inspire future artists.

‘The house is my special place, along with the garden and the studio. All have expanded my opportunity to lead a creative life,’ she said.

‘That’s what I’d like for others through this bequest.’ 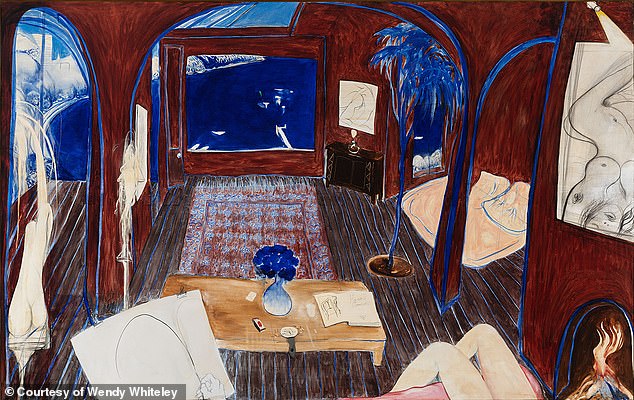 Brett Whiteley’s oil, ink and charcoal piece painting ‘Henri’s Armchair’ looks out from his Lavendar Bay home and was sold for an Australian auction record of over $6million in 2020

Next to the house is ‘Wendy’s Secret Garden’ which was a derelict piece of land owned by the NSW Rail Corporation that Ms Whiteley and Arkie took on as a project in the 1990s.

Over 15 years they spent milllions cleaning up the area and sculpting it along lines inspired by artists into a much-loved green space, now leased by the council.

Both Mr Whiteley and Arkie’s ashes are scattered there.

Ms Whiteley will also give the Art Gallery of NSW, which owns the Brett Whiteley studio, her archives of papers from the couple’s life together.

Brett and Wendy Whiteley were considered the epitome of an artistic bohemian couple and initially lived a globetrotting life after meeting as teenagers in 1957.

It was while living at Lavendar Bay in the 1970s that Mr Whiteley began to collect major art prizes.

He won the Archibald, Wynne, and Sulman prizes in 1978, the only time this has been done. 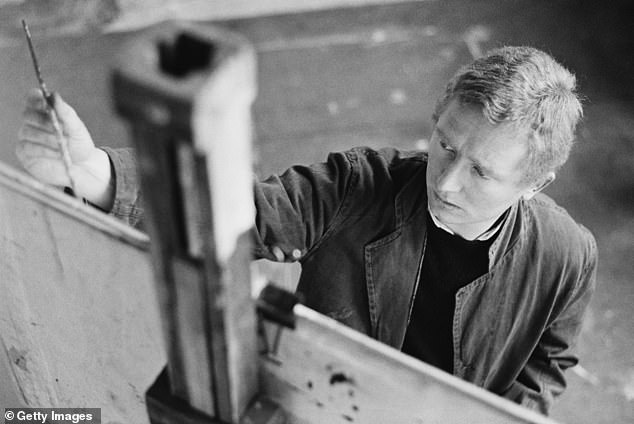 A younger Whiteley at work in his studio in 1965. He is an internationally renowned Australian artist who won the Archibald, Wynne and Sulman prizes twice each. He died in 1992, aged 53

In the latter part of his life, Mr Whiteley became almost as famous for his alcohol and heroin addictions as his art.

Ms Whiteley also struggled with heroin addiction but after separating from Mr Whiteley declared herself clean in 1988.

Mr Whiteley’s inability to kick his habit was claimed to be the main reason for the couple’s divorce.

He was found dead from a heroin overdose aged 53 in a motel room north of Wollongong.

There was a legal struggle over his estate between his last partner Janice Spencer and Arkie but eventually his daughter won the court battle for the majority of it and left it to her mother upon her death.