Skip to content
Warnings of power blackouts on Australia’s east coast aren’t as ominous as they seem, an expert has said.

The Australian Energy Market Operator (AEMO) has issued auto-generated warnings in recent days telling consumers about anticipated shortfalls in the market that could lead to power outages in multiple states.

NSW, Victoria and South Australia exceeded the energy price cap and went into an “administrating price situation” yesterday, while Queensland had the day before.

Energy Minister Chris Bowen has played down the risk of blackouts as a result of energy shortages, while warning it could be a “bumpy” winter.

Dr Dylan McConnell of the Climate and Energy College of the University of Melbourne told nine.com.au the current situation was “somewhat artificial”.

Essentially, power generators are withdrawing energy capacity from the market due to a price cap of $300 a megawatt-hour (MWH) being imposed.

The price cap means generators would be putting supply into the grid at a loss of profit.

But McConnell said that there had for 10-plus years been a safety mechanism in place that enabled generators to recover their costs in just such a situation.

So why hasn’t that been the case now?

Instead of the traditional route, McConnell said, it appeared generators were opting to withdraw supply from the market in order to trigger an order from AEMO to release it – for which they would also be paid.

“No one knows why they’ve chosen this pathway,” McConnell said, noting the compensation in this case would likely be less than that afforded by the traditional route. 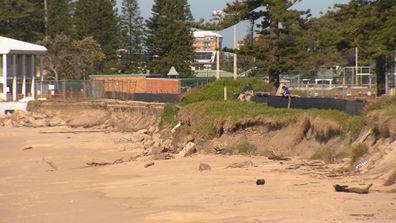 Newcastle beach hit by severe erosion amid warnings it will worsen

While McConnell said the energy market was “tight” and there was always the possibility of a blackout, it was unlikely, and the appearance of “scarcity” was a bit misleading.

But he warned Australians should get used to it, as short of “dramatic intervention” there was little reason to believe the current cycle would end.

High coal and gas prices are in part contributing to the issue, as they inflate the cost of power production.

But the ongoing debate about coal-fired power plants or renewables development, while an important part of the context, were essentially peripheral to the circumstances leading to blackout warnings.