Beginning this summer, Kid Cudi is hitting the road for his “To the Moon – 2022 World Tour.”

The extensive arena tour begins with a month’s worth of North American dates leading up to Moon Man’s Landing, his new music festival taking place in Cleveland, Ohio. Don Toliver will provide support for the entirety of the trek, while Denzel Curry and 070 Shake will also appear at select dates. Then in October and November, Cudi will play shows in Japan and Europe. Check out the full itinerary below.

The upcoming tour coincides with Cudi’s new animated Netflix series Entertgalactic and companion soundtrack of the same name. Earlier this month, he shared the lead single off Entergalactic, “Do What I Want.”

Earlier this year, Cudi starred in Ti West’s new horror film X, and Teddy, another Netflix project in which Cudi writes, stars, and directs, is also in production. 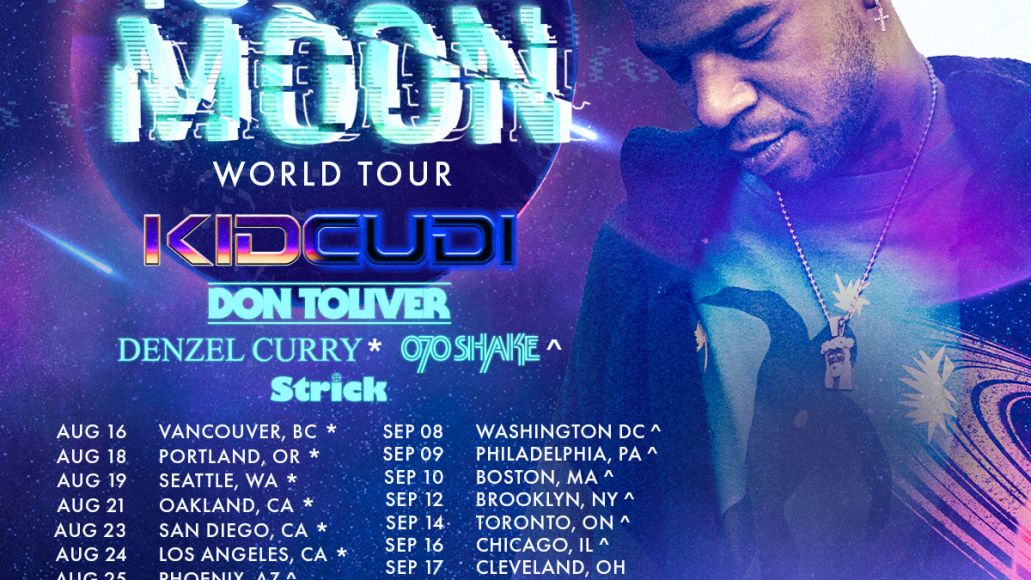