When Pep Guardiola and Erling Haaland first talked on the phone earlier this year, the topic of conversation quickly turned to one thing: how will it all work?

Guardiola was giving Haaland, the 21-year-old striker with the world at his feet, the hard sell, telling him how much Manchester City wanted him, and why he should move to the Etihad Stadium.

The Norwegian was in the process of deciding which club he would commit his future to and he wanted to know what his role would be under Guardiola — how would he fit into City’s plans?

They spoke for about 20 minutes, with Haaland asking questions and Guardiola providing the answers. The specifics of those replies will be hammered out on the training ground during pre-season but The Athletic understands that the initial plan is not overly complicated.

Rather than any great tactical tweaks to City’s shape or style, Haaland will simply be asked to adapt his own game to fit his new team’s.

As has been written on these articles countless times over the past 12 months or so, Guardiola wanted Harry Kane so much last summer because he is adept at dropping off the forward line and linking up with team-mates with short — or even long — passes, but is also an incredible goal threat inside the area. He is a false nine and a “traditional” No 9 rolled into one.

Haaland is, of course, an incredible threat inside the area, but outside of it, he is not quite as precise in his passing as somebody like Kane, or his new team-mates at City who have been taking part in Guardiola’s rondos for as long as they can remember.

But at the end of that initial conversation, and the others since, all parties had concluded that City and Haaland are a great fit. So how might things look in the months to come?

From Alan Shearer’s analysis of Haaland’s incredible alertness and movement to John Muller’s more cautionary look at his playstyle and data, there are plenty of opinions on how this most tantalising of moves will work out.

That doesn’t mean that any kind of scepticism should be disregarded out of hand, though, as City fans may appreciate having spent the past few months arguing — with considerable justification — that Jack Grealish needs time to settle in and show his best form. 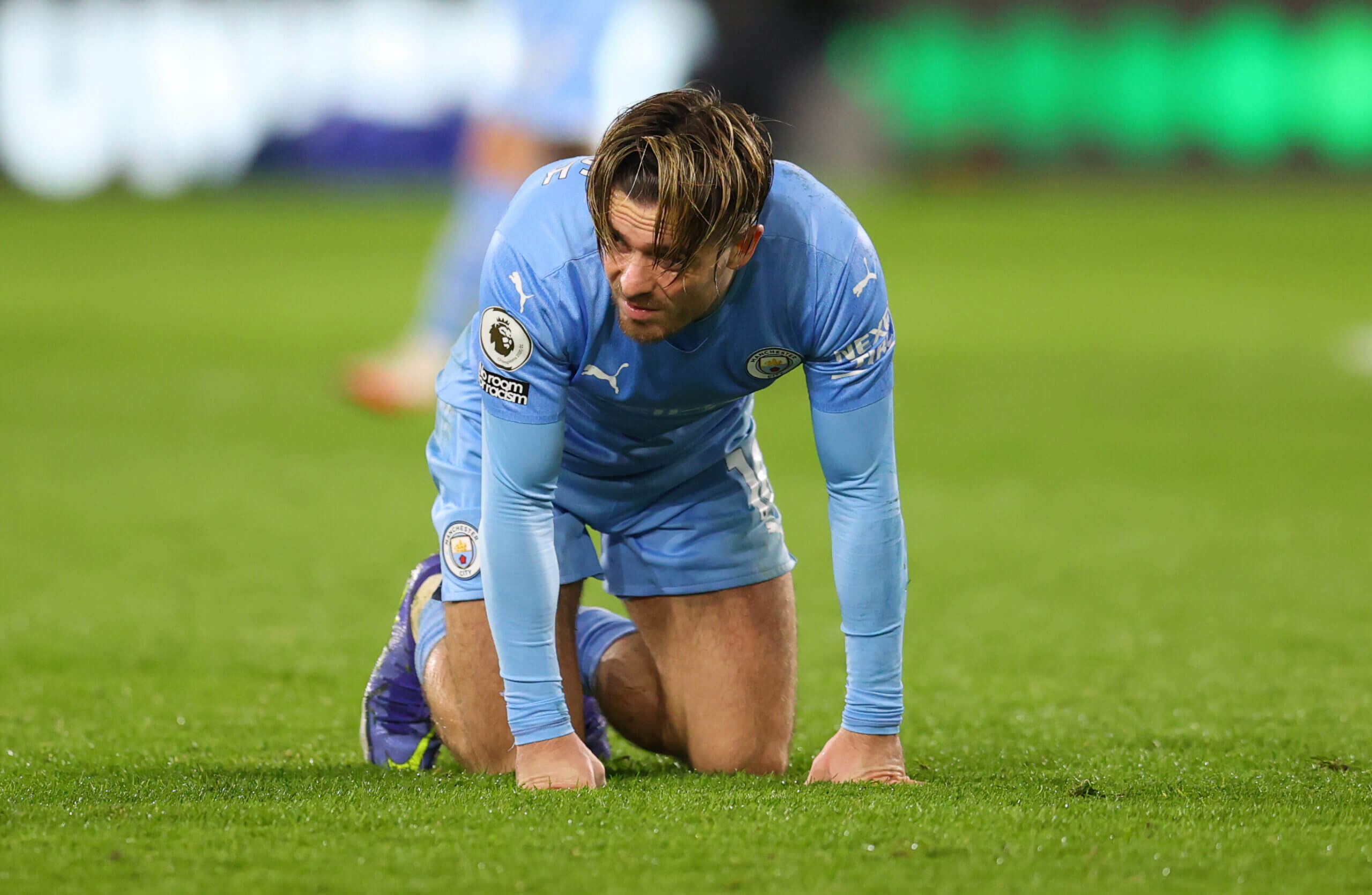 Grealish has taken time to adapt to how City play (Photo: Getty Images)

That’s because the vast majority of players during the Guardiola reign — and basically every forward — have needed time to get to grips with the manager’s tactical demands, whether they’ve played in Premier League before or not, or even played for City before (like Sergio Aguero or Raheem Sterling).

Nobody knows exactly how Haaland’s first season will go but it’s possible to know what he will be asked to do and whether the team will change much to accommodate him.

And the initial adjustments — which could take days or weeks of pre-season or maybe months of the season — will mainly focus on improving Haaland’s link-up play. He’s not dreadful at first-time passes to a team-mate by any means, but the difference compared to the standard at City might be quite stark at first, such is the quality of his team-mates and how they can zip passes around.

A Haaland signature move is to drop deep, lay off a pass and spin in behind into the space he has created himself. It is sometimes a little rough around the edges, and the reality of that at City would be a broken-down move, the opposition counter-attacking and Guardiola on his haunches in the technical area fearing what comes next. Not ideal.

But hone it properly and it could be deadly. Especially combined with all the movement and finishing and so much else that Haaland does inside the box. For City fans, the thought of him finishing the kind of half-chances that he does, in a team that creates so many gilt-edged chances, is genuinely exciting.

Shearer believes Haaland could score 40 Premier League goals in a single season, which is eight more than has ever been achieved by any of the league’s best players. That’s how highly rated he is.

And one thing to bear in mind about this transfer is the following quote from Guardiola.

It was a fairly pointed remark and it is not a guarantee that everything will work out fine, but it is a reminder that there are almost endless ways that things could change, if they needed to.

And if Haaland’s link-up play doesn’t get to the level required quickly enough, Guardiola will have other ideas up his sleeve and, at that point, the team will start to adapt more to Haaland.

That’s already been considered and it reflects the stature of this transfer: that others could be moved to make Haaland’s life easier, rather than to sit him out and wait while he learns.

The “club” — senior decision-makers — regarded the opportunity to bring him in as a once-in-a-lifetime opportunity to land a superstar, and one that they believe fits into the club’s culture, both on and off the pitch. Guardiola, after some conversations with sporting director Txiki Begiristain, shares their enthusiasm.

Clearly, then, expectations will be high both in and outside the club, and it doesn’t take a genius to work out that a slow start to life would attract a lot of attention.

But what would constitute a slow start? There’s the Grealish slow start, where the drop in his goals, assists and general eye-catching moments are focused on by fans and media, but Guardiola spends his press conferences explaining that he’s doing new things now, and that numbers aren’t everything.

And then there is the Aguero slow start — to his life under Guardiola, anyway. While us on the outside were busy lauding Aguero’s goals in those early Pep days, the manager was very keen to point out that he could be doing more, to general bemusement.

So it is entirely plausible that Haaland will score enough goals (quite possibly more than enough) to maintain his reputation and keep the headline makers and social media influencers onside, even if it takes him a while to fully get to grips with absolutely everything that Guardiola asks him to do — which, let’s be honest, very few people would ever fully appreciate anyway.

Aguero’s time under Guardiola turned out pretty well in the end — 42 league goals in 58 games across two title-winning seasons in 2018 and 2019, for example — and that was despite early concerns from the City boss that his striker could or would not be able to do what was being asked.

There are no guarantees about Haaland — that’s how football works — but thanks to that phone call earlier this year, there aren’t too many doubts around City, either.