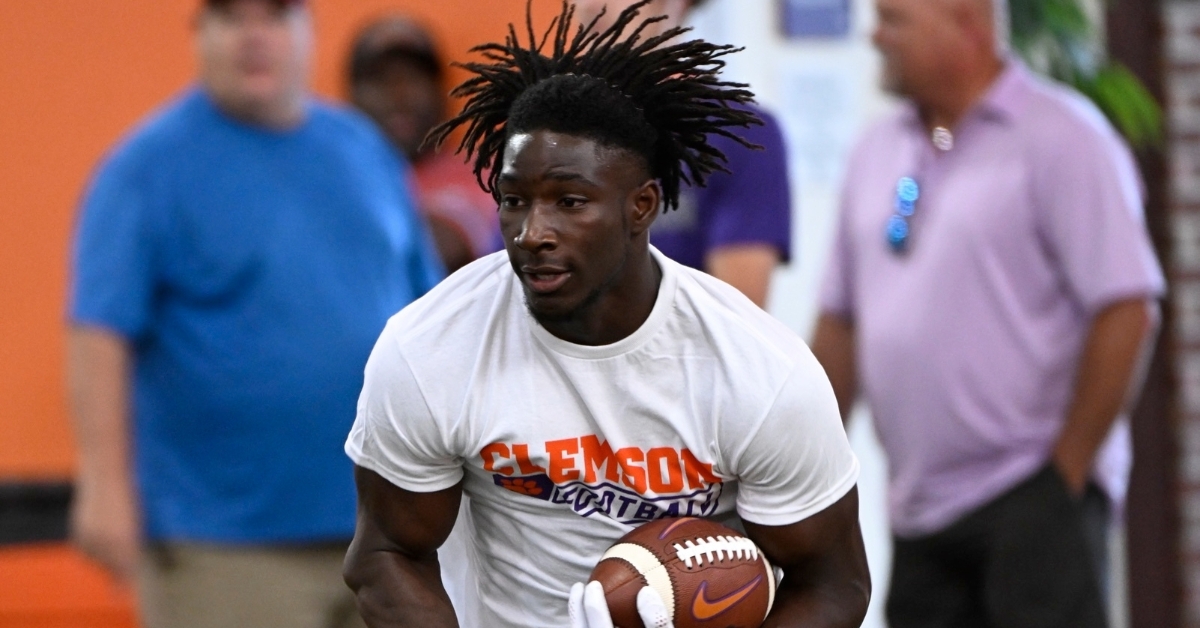 Jonathan Paylor was among the standouts of Dabo Swinney camp on Sunday and he announced a Tigers’ offer on Monday.

“I am blessed to announce my scholarship offer from Clemson University!” Paylor said on Twitter.

He was named a sophomore All-American by MaxPreps after 1,591 total yards (936 receiving, 655 rushing) and 12 touchdowns last season.

Paylor was a competitor of note in Sunday’s action to close Dabo Swinney Camp this summer:

We walked inside and stopped first at the wide receiver station with coach Tyler Grisham. Grisham has had a number of good looking athletes in town for the session, but one of the best was saved for last in Burlington (NC) Cummings 2024 4-star Jonathan Paylor.

I was watching the wide receivers work out with one of the parents, and he asked how you can pick out one prospect over another when all of them “look good.” I pointed to Paylor as an example – they weren’t working with real quarterbacks, so either Grisham or other wide receivers were making the throws. Some of them were on target and many of them weren’t.

Paylor, who was in and out of his cuts clean, stands 5-9 and moves like you would expect a slot receiver to move. He made several acrobatic catches, sometimes out of necessity, and made it all look easy. His offer list isn’t impressive, yet, but it will be. He has early offers from Appalachian St., Georgia, Coastal Carolina, Kentucky, and Louisville. That list will continue to grow.

NFL analyst: Hunter Renfrow ‘really smart’ to bet on himself with new deal