This content contains affiliate links. When you buy through these links, we may earn an affiliate commission.

Summer listening is upon us! This season brings with it some incredible new audiobooks perfect for your beach side listening or cross-country roadtrips. And if you’re looking for audiobooks to add to your listening TBR, Libro.fm is a great way to get them.

Libro.fm offers a monthly subscription, which gives you a credit for one audiobook per month and discounts on other titles. You can also give a subscription or specific audiobook titles to others, making it the perfect gift for all occasions. Plus, their updated app now includes the ability to buy a book with your credit, a wide range of listening speeds, a tag ability to sort your library, and a dark mode.

So if you’re looking for more great listens for your summer adventures, look no further! Here are ten of the most popular preordered books over at Libro.fm, including best-selling authors Taylor Jenkins Reid and Ruth Ware.

Publishing dates are subject to change.

Sign up for Audiobooks to receive the latest from the audiobooks world.

Thank you for signing up! Keep an eye on your inbox.

By signing up you agree to our terms of use 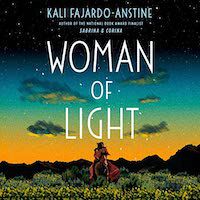 Like many other Kali Fajardo-Anstine fans, I’ve been waiting for her debut novel, Woman of Light, to land in my audiobook app. The story begins when Luz’s brother is run out of town by a violent group of white people, leaving her on her own. Luz tries to find ways to survive in 1930s Denver, Colorado. She begins to see visions of her Native ancestors and becomes determined to remember their stories and safeguard their legacies. 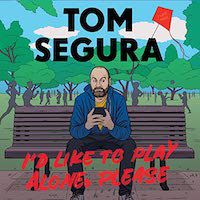 I’d Like to Play Alone, Please by Tom Segura (June 14)

Narrated by the Author

Much like his comedic performances, Tom Segura writes his essays with his signature comedic style. Segura tells funny stories about the larger-than-life characters in his life, like run-ins with celebrities and his South American family full of big personalities. The title essay was inspired by an incident from when his son’s first phrase was “I’d like to play alone, please.” As a very exhausted parent, Tom Segura couldn’t help but agree. 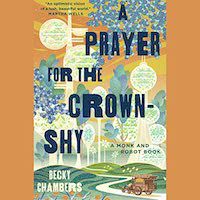 A Prayer for the Crown-Shy by Becky Chambers (July 17)

In this sequel to A Psalm for the Wild-Built, Tea Monk, Sibling Dex, and robot turned philosophic adventurer, Mosscap, have returned from their trip around the more far-flung regions of their world. Now they turn to ask even more questions about the meaning of life when everyone already has everything they need. 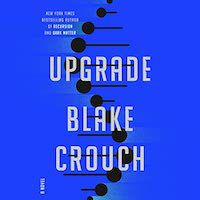 Logan Ramsay’s genome has been hacked. Yes, hacked. He’s not sure what nefarious source has called for this upgrade he certainly did NOT consent to, but he will for sure be searching them out. With his new super-human abilities, Logan must solve the mystery of his own new powers as well as why someone is trying to take charge of human evolution. 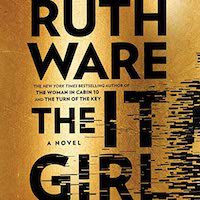 In her first term at university, Hannah Jones met April Clarke-Cliveden. They soon became fast friends, but by the end of second term, April was dead. Now, a decade later, Hannah has married Will, a guy from their friend circle, and is expecting their first child. But when some additional information comes up about April’s death, Hannah feels determined to find out the truth of April’s death and answer the question: who killed her? 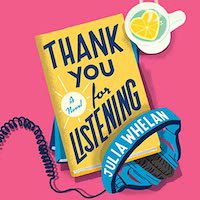 Thank You for Listening by Julia Whelan (August 2) 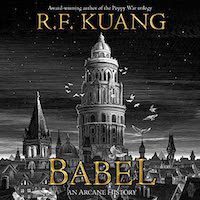 Babel: Or the Necessity of Violence: An Arcane History of The Oxford Translators’ Revolution by R. F. Kuang (August 23)

The Poppy War fans rejoice as R. F. Kuang’s new series is now FINALLY about to hit our Libro.fm apps. Set in 1928, Babel is a dark academia story about Robin, an orphaned Chinese boy brought to live in London to train to enter the mysterious school of Babel. But to achieve this goal, Robin realizes that he must parrot the colonialist ideas of the white men around him. He must decide what he’s willing to take to achieve his dreams, and even decide if his dreams are actually worth it. 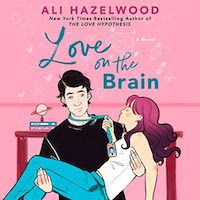 Love on the Brain by Ali Hazelwood (August 23)

Bee Königswasser and Levi Ward are frenemies in their academic field, much preferring to see as little of each other as possible. But when Bee finds herself in a bind, she must team up with Levi to complete her academic projects. Perfect for fans of the enemies to lovers trope, Love on the Brain is sure to be a must-listen romance of the summer. 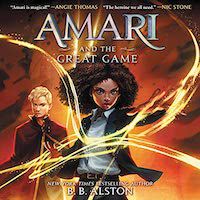 In this sequel to Amari and the Night Brothers, Amari is now a Junior Agent seeking out to solve the supernatural. Amari has plenty going on in her life, keeping her constantly moving between her rival Junior Agents and trying to solve the curse left on her brother. So when she’s given a special mission from League of Magicians, she declines. But her refusal allows a sinister someone to receive a lot of secret information, and Amari might find herself entangled with the League of Magicians anyway. 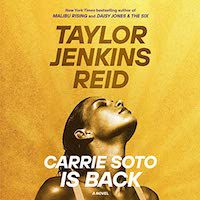 Carrie Soto Is Back by Taylor Jenkins Reid (August 30)

Literary sensation Taylor Jenkins Reid has returned with a new novel, Carrie Soto Is Back. We follow the titular character as Carrie retires at the peak of her tennis career. She holds countless records and is sure to go down as one of the best tennis players of all time. But six years after she retired, a young player named Nicki Chan begins breaking Carrie’s records. Carrie can’t stand to see everything she worked for shattered by this upstart, so she comes out of retirement and announces that she’s back in the game.